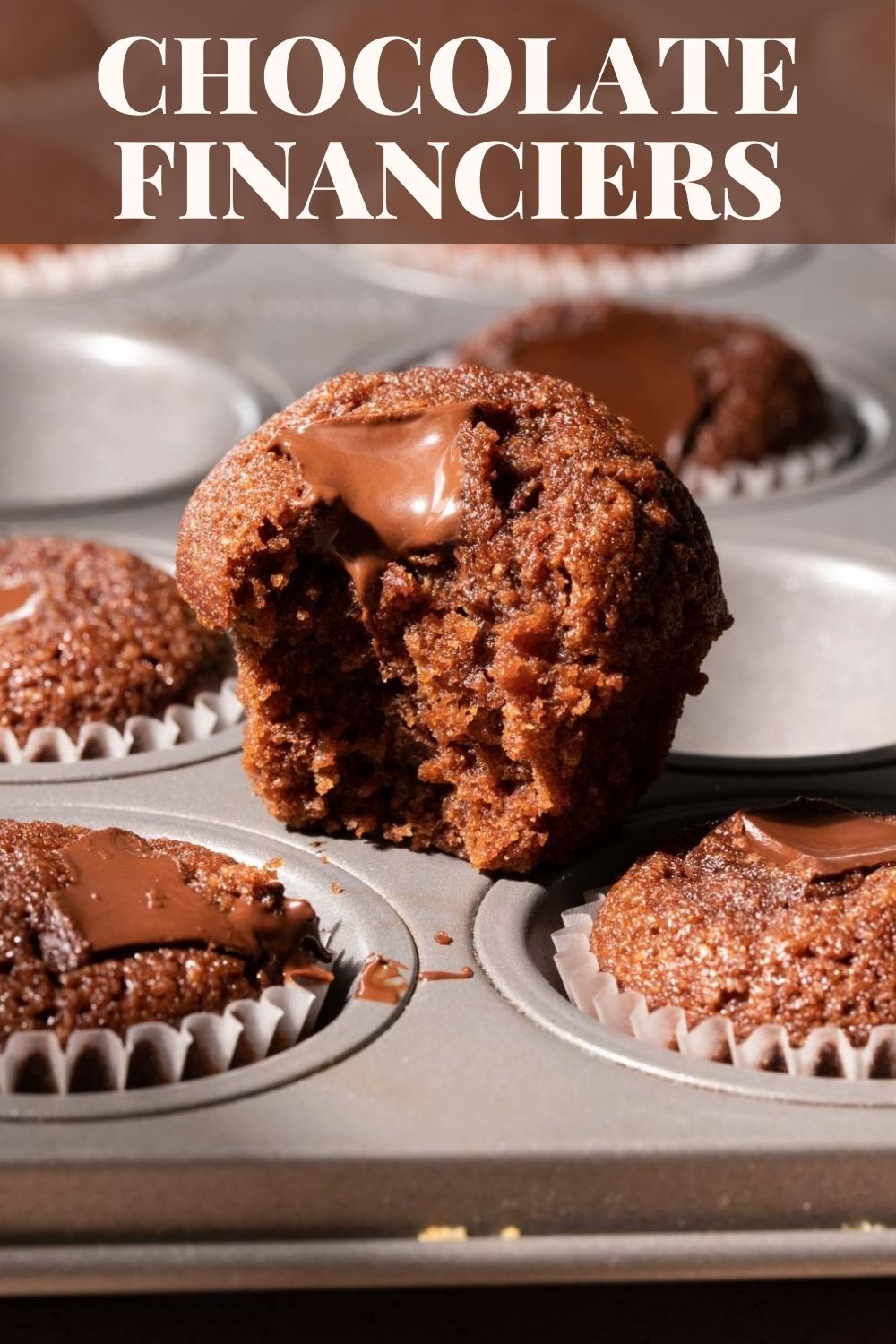 Chocolate Financiers are decadent mini French chocolate cakes made with almond flour and browned butter.  Browning the butter adds an incredible aroma and flavor to these delectable mini chocolate cakes!

What makes these mini cakes so special?

Browning the butter takes 10-15 minutes in a saute pan over medium heat.  You want to melt and brown the butter slowly so that it doesn’t burn.  As soon as the color is a golden brown and it has a subtle nutty aroma. remove from the heat.

48-Cup Mini Cupcake Pan: If your going to make mini cupcakes, you’re probably making them for a party.  You might as well get a 48-cup pan since it easily fits on one oven rack! But you can definitely use a standard 24-cup mini cupcake pan too.

Mini Cupcake Liners:  These will obviously keep the cakes from sticking to the sides of the pan.

Can I make these in advance?

Yes!  Simply place the cakes in a tightly sealed container and place in the freezer for up to two weeks.  Cakes freeze beautifully, but they tend to dry out in the fridge if they aren’t covered in frosting completely.  So I would avoid placing these in the fridge.

Place the cakes at room temperature to thaw.

Top each cupcake with a small piece of semi-sweet or dark chocolate.  I used a chocolate bar and just cut up small pieces.

Bake for 7-9 minutes at 375 degrees.  The smell in your kitchen will be intoxicating! 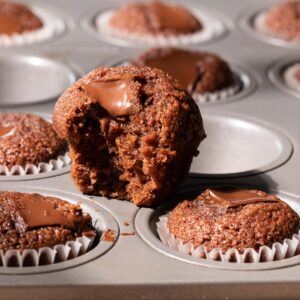