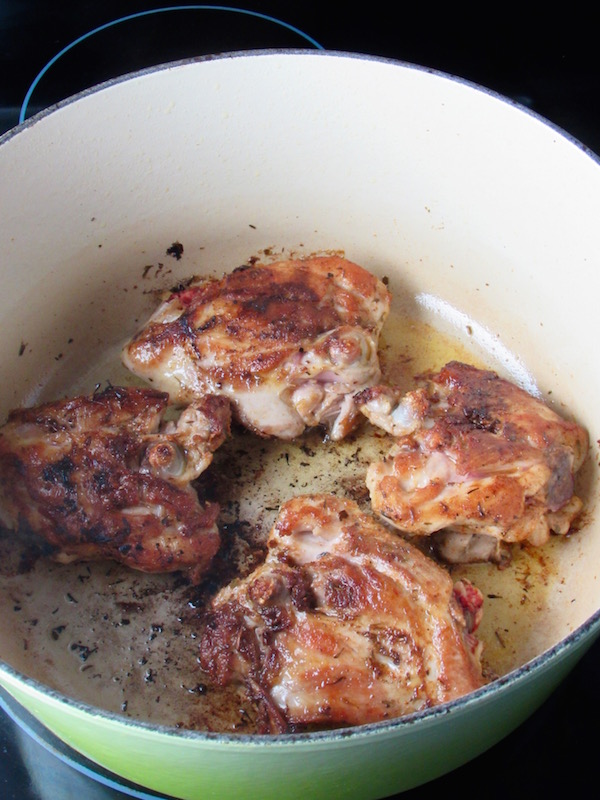 Although many would contribute the explosion of pumpkin recipes to the arrival of fall, I think of soup as the quintessential dish that welcomes the cool crisp air of the season.  Apples are definitely trending right now too as they make their way into every nook and cranny of internet recipe searches.  As annoying as it can be, I think the over-saturation of squash and apple recipes in the blogosphere right now is actually a good thing.  Let me explain…

I find it a little disheartening that it’s far too easy to buy apples 365 days a year.  What we end up eating is a tasteless piece of fruit with mealy texture and reduced nutritional value 7-8 months out of the year.  Look, I looove apples.  But, I really love apples when they actually taste like a good apple should.  That is why I am in favor of going hog-wild on apples when they are in season, to the point where you just can’t stand to look at them anymore, because by that point, they will be out of season again.  Then when they are ripe from the tree the next year, you will be so happy you had the “It’s not you, it’s me” break-up talk with your favorite variety of apples.  Sure you can sneak in an apple or two here or there throughout the spring and summer, but the more you hold off, the more you will crave them when they are actually edible and delicious.

This is precisely why I am posting back-to-back apple recipes.  One sweet, like the Bourbon Apple Tart with Brown Sugar Crumble, and one savory, like the Apple and Chicken Dumpling Soup you are diving into right now! 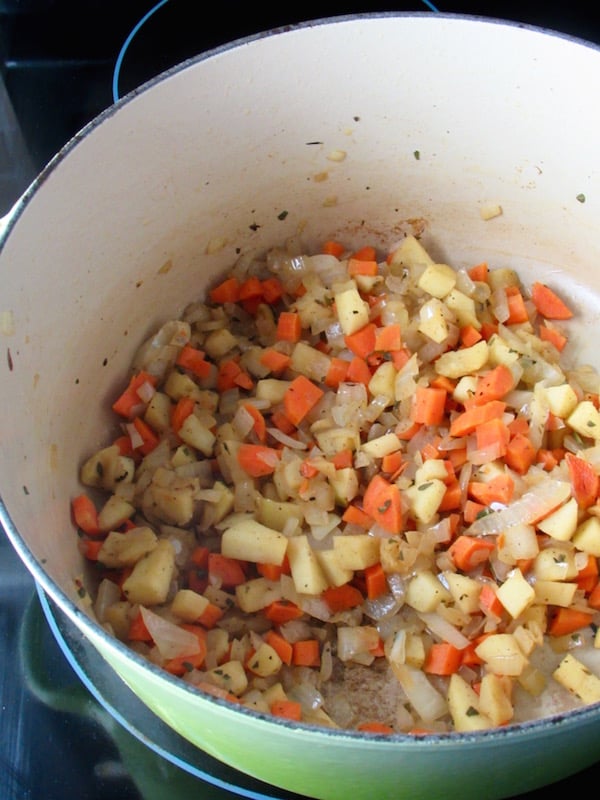 Chicken-n-dumplings, although hearty and satisfying, is one of those Southern dishes that could use a nutritional boost every once in a while.  I’m not knocking the tender chicken, lighter-than-air dumplings, and creamy gravy that I’ve grown up with.  I just enjoy my dumplings with butter instead of traditional lard, and the added texture of apples, onions, and carrots swimming in a light and flavorful broth instead of gravy. 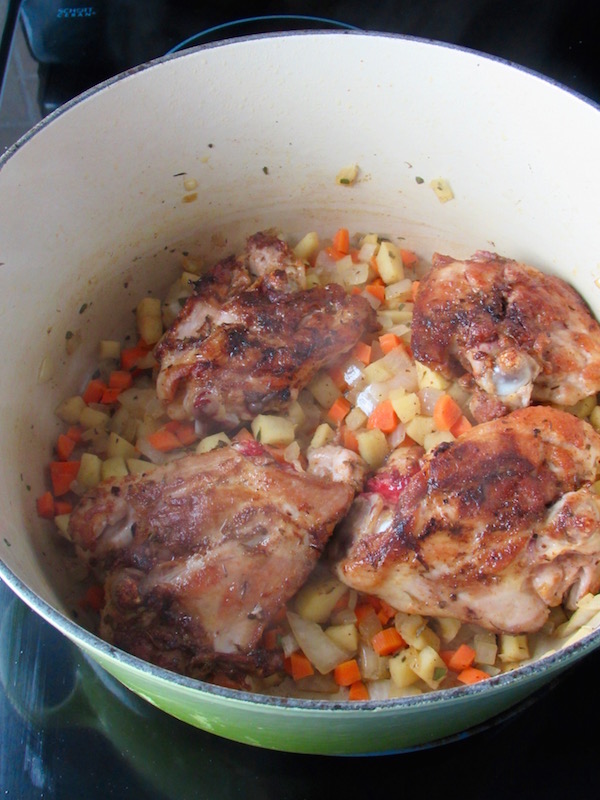 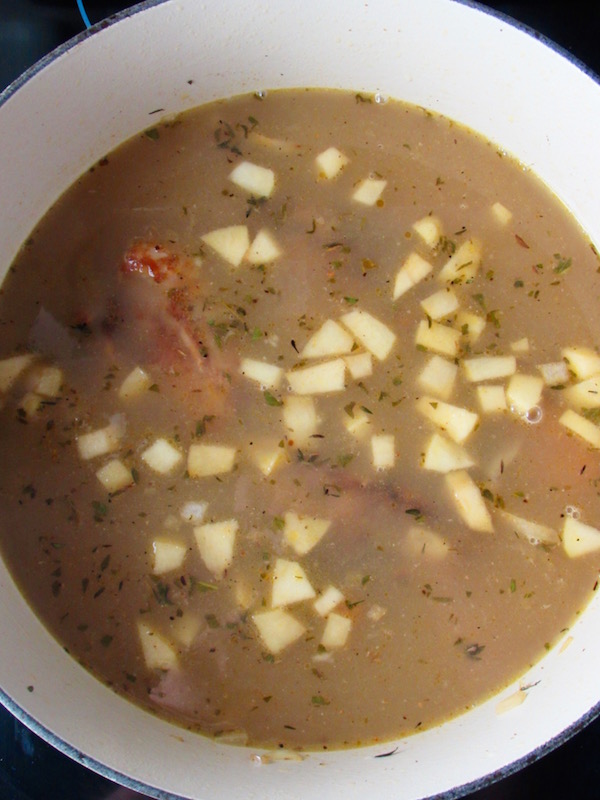 This soup comes together seamlessly and only requires a cutting board, knife, vegetable peeler, and a large dutch oven or stock pan.  While your chicken is browning, cut up your vegetables.  When the broth is added, make the dumplings.  While the dumplings are simmering, shred the chicken.  Dinner is done!! 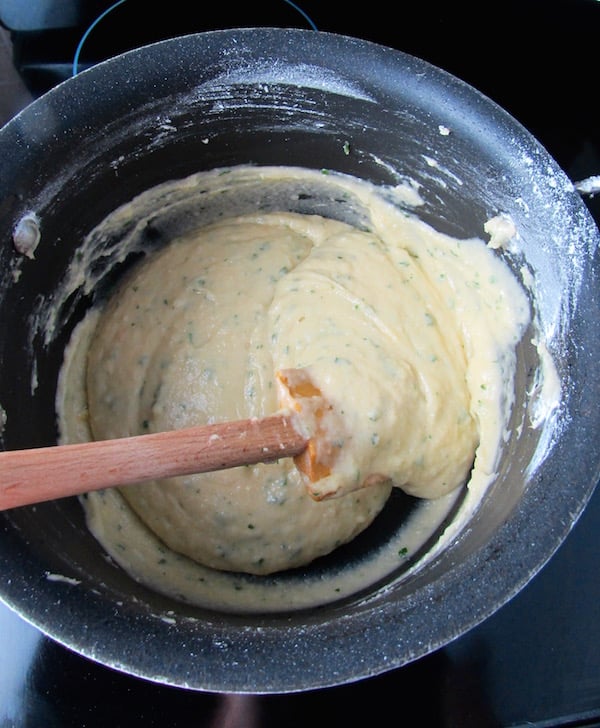 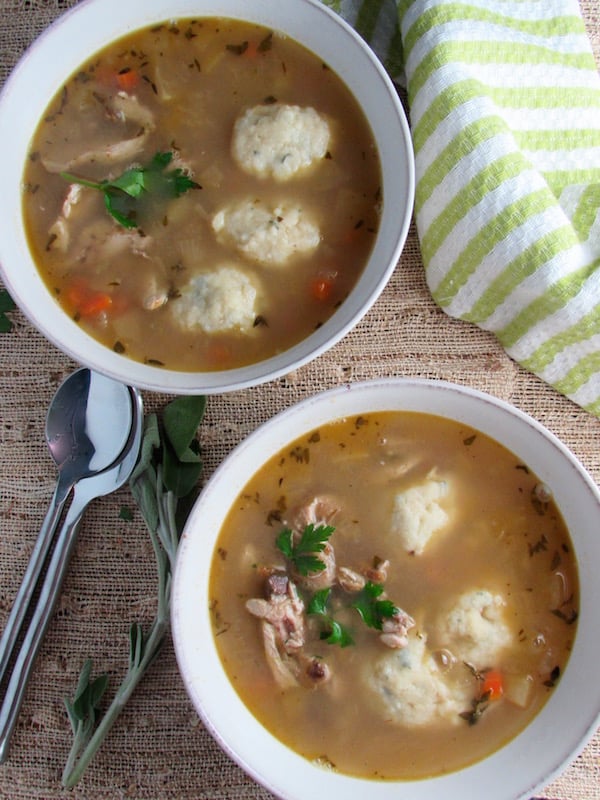 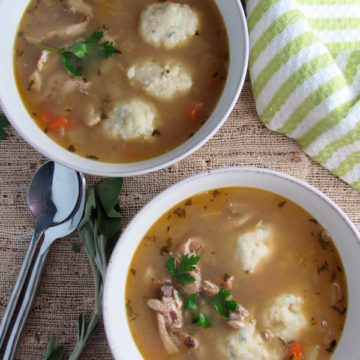