Vegan Peaches and Coconut Cream with a Macadamia Nut Crumble is sweetened with coconut sugar and topped with plenty of cinnamon to make an easy and swoon-worthy summer dessert! 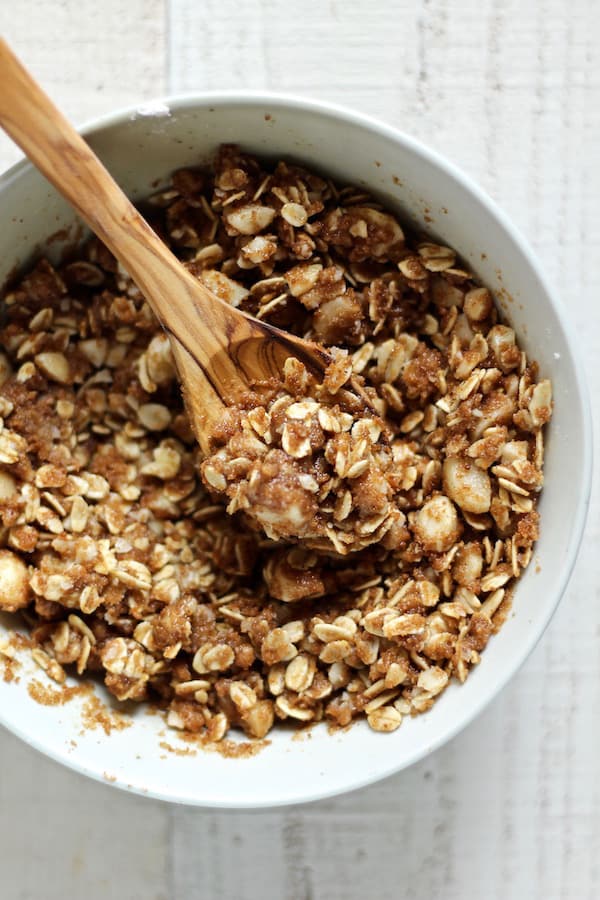 Summer desserts need not be fussy and complicated because who wants to stand over a hot stove all night when it’s 90 degrees out?  As a southern gal, I love a good fruit crumble just as much as Kim Kardashian loves a good selfie, but I wanted a dessert that required even less time in the oven.  Nothing tastes like summer more than juicy ripe peaches, and since they are about gone, I just had to create a dish that wasn’t too sweet and enhanced the natural perfection of in-season stone fruit.

The macadamia nut crumble is laced with coconut oil instead of butter, and coconut sugar instead of regular sugar, which results in something that is a cross between an earthy, soft crumble and a sweet granola.  When you are baking with coconut oil, it tends to make your baked goods a bit crispier on the edges, hence the granola-like texture. 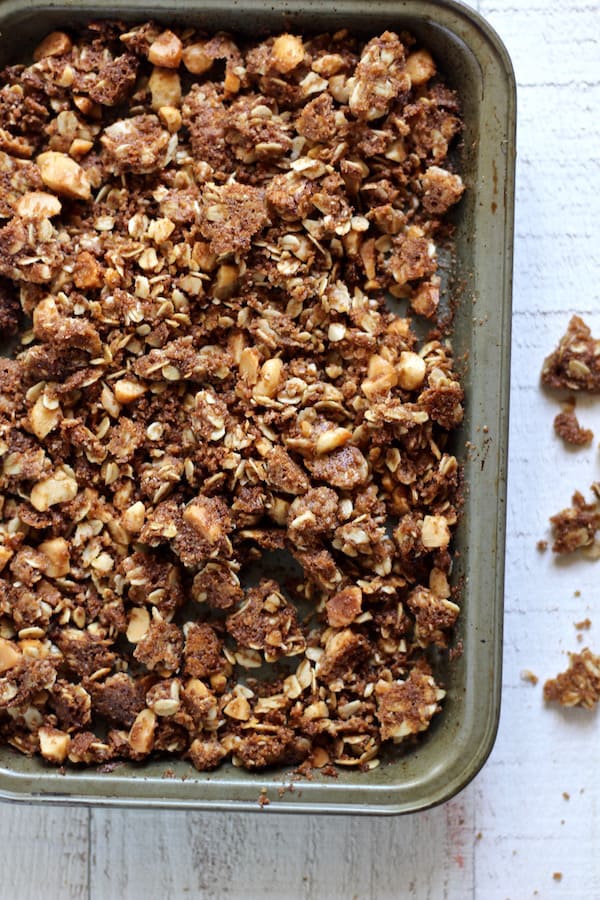 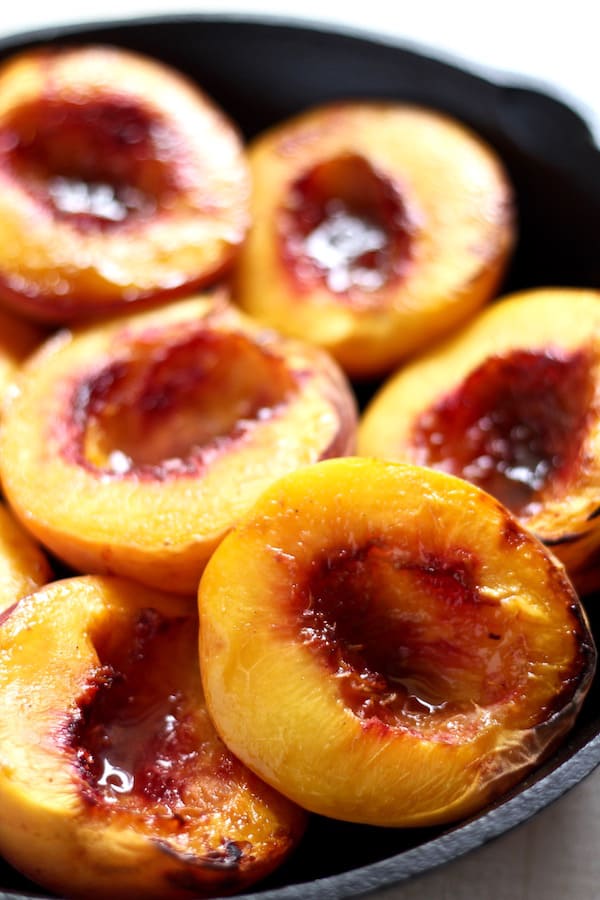 If you’ve never tried whipped coconut cream in replacement of regular whipped cream, you are in for a treat!  It sacrifices nothing for me in terms of richness and flavor.  Actually it lends a tropical vibe to this dessert, which is such a nice addition.  You literally scoop the cream of the top of a can of pure coconut milk, and leave the liquid at the bottom.  Pop it in the freezer for a few minutes to help separate the liquid.  Many stores are now carrying just pure coconut cream, which makes it even easier.  I mean, it couldn’t be easier.  Just whip it for a couple of minutes tops to lighten it up and you are good-to-go! 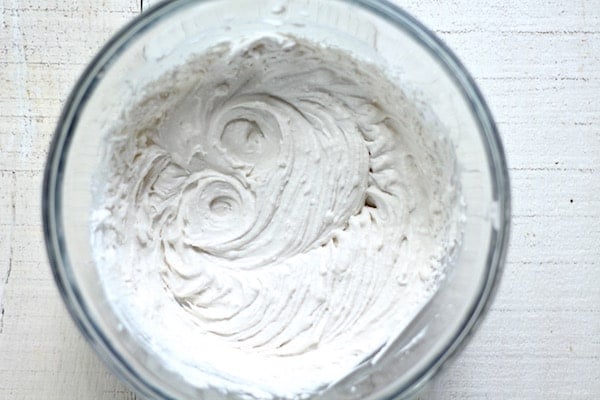 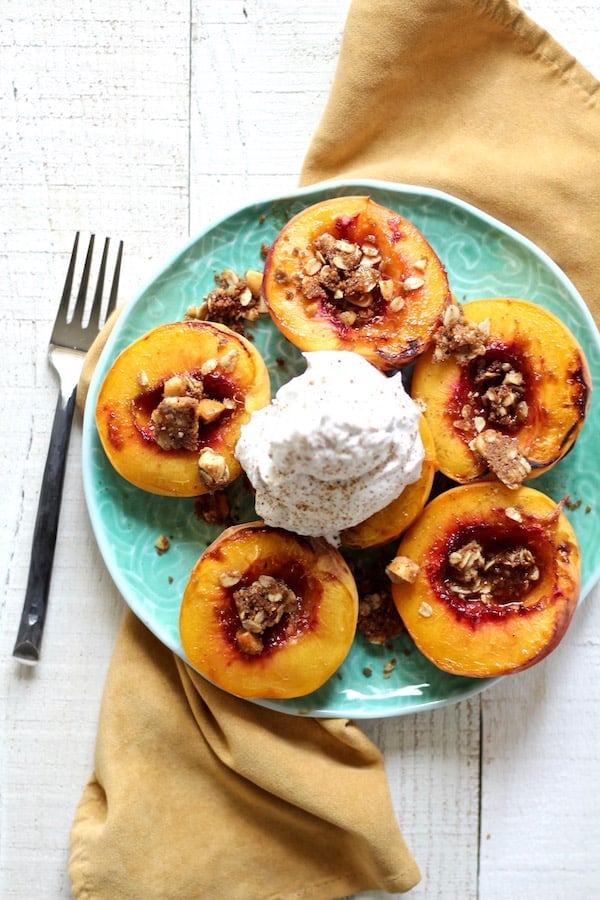 Make this dessert to squeeze every ounce of summer goodness before it gets cold and dreary out! 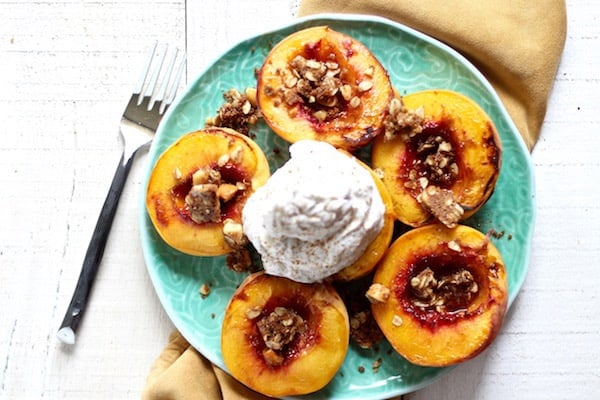 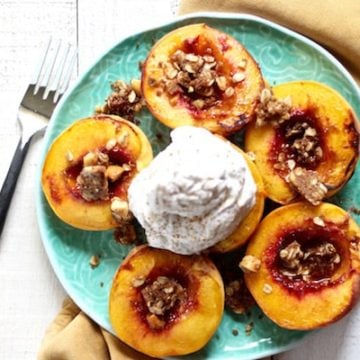 For the whipped coconut cream

For the whipped Coconut Cream

Tried this Recipe? Tag me Today!Mention @Bessie.Bakes or tag #BessieBakes!